Is Genetic Testing for Breast Cancer Right For You?

In 2013, Time magazine featured Angelina Jolie and her decision to have genetic testing and then double mastectomy. This prompted many women to question whether they too should get testing.

In order to make an informed decision about whether or not to have genetic testing done, it is important to understand some basic information about how your genes are involved in the development of breast cancer. Each of your genes is comprised of a piece of DNA, which is composed of 2 strands twisted around each other to form a double helix. Each strand of DNA is constructed from millions of chemical building blocks called bases. These bases may be arranged in many sequences, and each sequence gives instructions to specific cells in your body, telling them how to function.

Genetic Mutations that Can Cause Breast Cancer 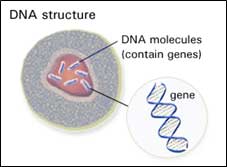 Women with the BRCA1 or BRCA2 gene are at a higher risk for:

There are a number of other genetic mutations that are associated with breast cancer, but BRCA genes are by far the most common cause of family-related breast cancer.

Are Genetic Mutations for Breast Cancer More Common Among Some People?

The short answer is yes. For example, people of Ashkenazi Jewish descent have a higher prevalence of harmful BRCA1 and BRCA2 mutations than people in the general U.S. population. Other populations with a higher frequency of mutations in these genes include those of Norwegian, Dutch, and Icelandic descent.

Who Should Get Genetic Testing and How is it Performed?

To help determine who should be screened, doctors use the following guidelines to assess family history and other factors associated with an increased likelihood of having a harmful mutation in breast genes:

Typically, a blood or saliva sample is needed to perform the test and results can take about a month.

What Do Results of Genetic Testing for Breast Cancer Reveal?

Results of gene mutation testing for BRCA1 and BRCA2 will either show a positive result, a negative result, or may be uncertain:

A strong family history of breast or ovarian cancer may suggest a genetic mutation (especially BRCA 1 or 2) causing cancer. Talking with your doctor can help you determine whether or not genetic testing is the right decision for you and your family.